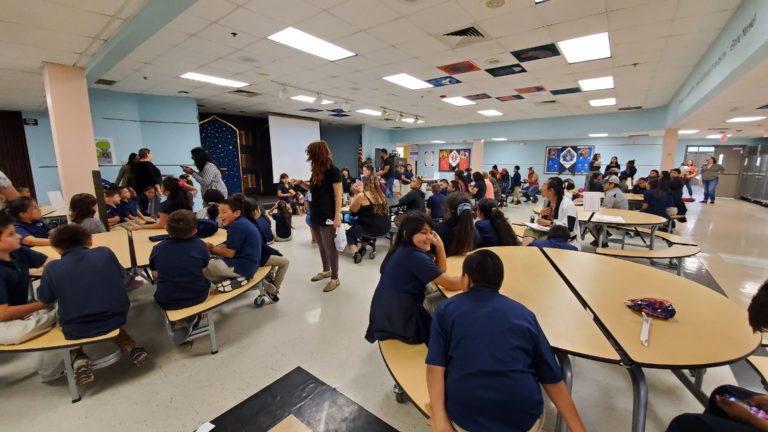 On October 10th, students at Lorenzo DeZavala elementary celebrated Hispanic Heritage month. There were multiple activities that took place and Thriving Minds After School staff really engaged the students and parents there. The students put on an awesome musical performance led by After School Choir Instructor, Quelan Portley. The musical selection was a classic Spanish children’s tune, “Un Elephante Se Balanceaba.” Students then worked with After School Theater Instructor, Merridonna Perez, to debut “Secretos Hermanas Amor,” their very own mini Spanish Telenovela soap opera. As the students and parents watched they soap opera there were lots of funny enjoyable moments and the parents were pleased.

Guatamalan Worry dolls (also called trouble dolls; in Spanish, Muñeca quitapena) are small, hand-made dolls that originate from Guatemala. According to legend, Guatemalan children tell their worries to the Worry Dolls, placing them under their pillow when they go to bed at night. By morning the dolls have gifted them with the wisdom and knowledge to eliminate their worries.The staff worked with students to explain the history of Worry Dolls and how to be self aware and manage feelings of being worried. They also enjoyed story time about Dia de Los Muertos, made Mexican tissue paper flowers, and explored an art gallery of pieces made by their classmates.

This year will be full of learning new skills and

Check out this 60-second strategy from Edutopia! T