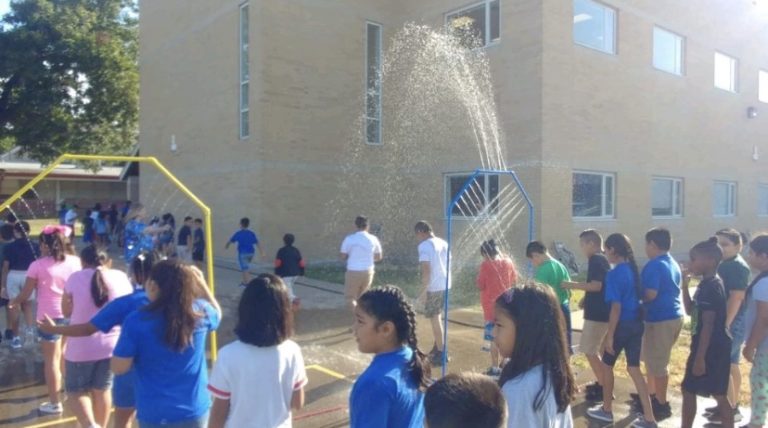 There is a new energy at Ascher Silberstein Elementary School!  SEL techniques have been used increasingly in classrooms over the past several years. The success of these techniques has been led to greater buy in. Last May, a team of ten faculty members, led by principal, Richie Heffernan, visited the Ron Clark Academy in Atlanta through funding from the Wallace Foundation. This impactful visit inspired the team to incorporate the Ron Clark Academy House System into to the SEL program at Silberstein Elementary. The house system has proven to create a positive powerful school culture for students and staff. Also, students and teachers at schools where the House System has been put in place have raved about the impact it has had on the educational experience.

During the summer, the team planned the introduction of the house system to the staff, students and parents. With intensive training for the staff, the students were welcomed to a very new school year. Students participated in a ceremony that placed them randomly in one of the four houses. A sprinkler system was created so that each student could run through the sprinkler of their house color and meet as a team. Students learned chants and “secret” handshakes. Each house is a unique community with its own color, symbols, nation of heritage, and specific value.

Students now sit in the lunchroom with their fellow house members.  Points are awarded for academics, effort, kindness, and teamwork. House points are announced daily. The house with the highest number of points at the end of the six weeks earns a house party. As the children enter and exit the school at the beginning and end of each day, they participate in a chant. “We are Silberstein! Courageous! Determined! United! Integrity! We are family!” Each quality is reflective of the value of each house. One parent, thrilled with the new energy of students and staff, held her phone to the loudspeaker during the welcoming chant and told her sister, “You need to bring your kids to Silberstein!”

This year will be full of learning new skills and

Check out this 60-second strategy from Edutopia! T