Sharing Your Dreams With Others Boosts Emotional Intelligence 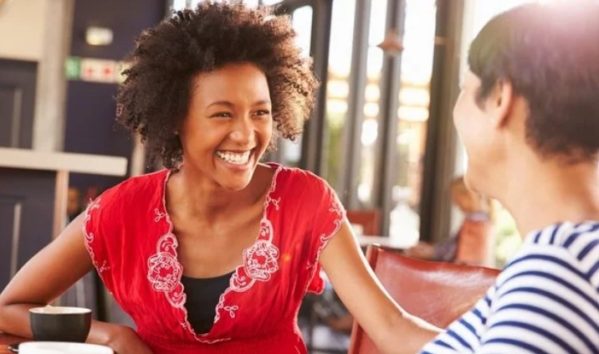 By CW Headley
From Thrive Global

Dream-sharing might be the epitome of conversational narcissism. To most, (I included) the urgent relation of the “crazy dream” you had last night acidly suggests that unlike our mundane mind movies, the bulk of which are chaotic repurposed footage of random activity from the spinal cord and cerebellum during sleep, your dreams are uniquely compelling enough to pardon a dramatic retelling in the breakroom.

More than this, dreams are neurologically designed to feel emotionally impactful to the experiencer, what with their ancestral allusions of danger, and particularities specifically tailored to our unique psyches-your Aunt’s  Coo-coo clock cameo has very little relevance to anyone else, unfortunately.  While studies have proven that all and any of these elements often ensure dream talk feels like meandering exposition to listeners, a new study argues that the execution matters quite a bit.

When a dream teller, is more finical about which dreams they chose to tell, and exactly how they choose to tell them, the psychological effect for the audience is comparable to reading a good piece of fiction. Not too long ago, Ladders reported on the considerable role fiction plays in sculpting our ethics and emotional intelligence, an impact observed even when very little reading is done on the day-to-day;  similarly the new report that appeared in  Frontiers in Psychology posits that the psychological stimulation of empathy is positively correlated with the frequency of telling dreams to others and the amount of time listening to others’ dreams.

The authors elaborate, “In general, dreams are a novel but realistic simulation of waking social life, with a mixture of characters, motivations, scenarios, and positive and negative emotions. We propose that the sharing of dreams has an empathic effect on the dreamer and on significant others who hear and engage with the telling of the dream.”

The relationships between dream sharing and empathy

2. Dream-sharing increases empathy in the listener/discusser toward the dream sharer.

3. The dream acts as a piece of fiction, which others can explore with the dreamer, and that, like literary fiction, can then induce interest in and empathy about the life of the dreamer.

4. Increased dream-telling across society might decrease differences between countries in levels of empathy and counteract current societal decreases in empathic concern and perspective-taking, the main two components of empathy

Here we get a clearer idea of the reason that the art of storytelling plays such a monumental role in the psychological impression of dream-sharing. A poorly articulated idea, in whatever form, makes us feel like we’ve been robbed of time. When you apply this to a series of abstract musings particular to the teller, it only sharpens the sting. Conversely, the advantage fantasy literature has over non-fiction, is its ability to illustrate universal truths via colorful caricatures of nature and ethics, like employing a band of Elves, dwarves, and wizards to plainly demonstrate the folly of discrimination, or the iconoclastic sorceress sister of  King Arthur to explore theology and gender politics. The study revealed that respondents surveyed how compelling a dream was by identical metrics. The basic structure of a gripping dream has been documented several times in the recent past and in a wide array of scholarly journals. The authors cite Seeing in the Dark: Reflections on Dreams and Dreaming in particular, writing,

“The similarity between dreams and fictional stories is explored by States (1993), with dreams doing “much the same thing as the fiction writer who makes models of the world that carry the imprint and structure of our deepest concerns. And it does this by using real people, or scraps of real people, as the instruments of hypothetical acts.” States proceeds to describe “such narratives contributing to our formulation and recognition of patterns of experience,” and including scriptural violations or scripts in conflict.”

A dream teller, that cares to convey the strangeness of their dream, as an exaggerated simulation of the social perplexities promised to us all, stands both to gain and proffer from those that are willing to listen.

This article was originally published on The Ladders.