SEL in the House 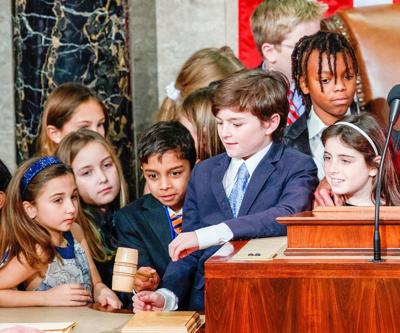 In what’s been described as a landmark investment from the federal government in social-emotional learning, the House of Representatives approved a spending bill last month that included $260 million in funding for what it calls “whole child” initiatives within the Department of Education.

The funding is divided into four areas:

1. $170 million through the Education Innovation and Research program to provide grants for evidence-based innovations that support students’ social, emotional and cognitive well-being;

3. $40 million for the Full-Service Community Schools Program to support students’ and families’ holistic needs; and

“Research shows that building the capacity of students to develop social and emotional skills, and take responsibility for their community, can reduce bullying, violence, and aggressive behaviors, making schools safer,” the House appropriations committee wrote.

The Collaborative for Academic, Social, and Emotional Learning (CASEL) applauded the funding.

“I think we definitely see this as a political landmark in thinking about how to support children in their social-emotional and academic growth and developing skill sets students will need to be successful,” said Nick Yoder, director of policy and practice at CASEL.

CASEL credited Rep. Rosa DeLauro (D-CT), chair of the Labor, Health and Human Services, Education, and Related Agencies Appropriations Subcommittee, for championing the funding. DeLauro, in turn, said the initiative was inspired by the work of James Comer, a professor of child psychiatry at Yale University who helped transform schools by focusing on child development in addition to academic learning.

“I am proud to have provided funding for a landmark federal investment of $260 million for social-emotional learning in this year’s Labor, Health and Human Services, and Education funding bill,” DeLauro said in a statement to The 74. “Congress must invest in proven strategies that will help our kids, and I will not give up in the fight to make that a reality.”

Rep. Tim Ryan (D-OH) has been a longtime advocate for social-emotional learning, pushing several bills during his time in the House and helping to support its inclusion in the reauthorization of the Every Student Succeeds Act. From Ryan’s perspective, this moment shows that social-emotional learning is gaining acceptance and that people are starting to understand its importance. But, he added, there’s still progress to be made.

“It really is a turning point,” Ryan said. “But we’ve got a long way to go — we’ve got to get this bill through the Senate and there’s a lot of people around the country who have not been exposed to [social-emotional learning].”

Amid disagreements about raising spending caps with both House Democrats and the White House, the Senate has yet to pass its own spending bills. Time is running short, with just a month to go before the August recess and three months to go before the end of the fiscal year and another possible government shutdown, Roll Call reported.

How a Democratic-backed spending increase for a not-well-understood educational approach will fare among pressing issues like defense spending and raising the debt ceiling is a big question. But the concept of social-emotional learning is becoming more mainstream. Ryan has made it integral to his 2020 presidential campaign, and, in another first, he addressed the topic at the June 26 Democratic debate, demanding social-emotional learning and trauma-based care in every school.

“[Social-emotional learning] tells kids how to handle stressful situations, how to handle conflict better, how to have empathy, how to work on a team, how to best resolve conflict with their friends, their peers — these are all qualities we want kids to have,” Ryan told The 74. “By addressing the social-emotional needs of kids, you see an increase in test scores because they’re able to access parts of the brain that they need for learning.”

Social-emotional learning has drawn attention from policymakers, teachers and funders across the country over the past decade, as research has foundthat teaching students skills such as self-regulation, compassion and collaboration can improve not just test scores but also graduation rates as well as lead to better mental and physical health as an adult. Recently, an Aspen Institute convening of 200 researchers, educators, students and parents released recommendations for how schools can better support the whole child.

Yoder, who travels the country talking with state educators and policymakers about social-emotional learning, said he’s also seen a growing interest in the topic from the business community, which is concerned with hiring employees who are good at collaborating and communicating.

However, some people caution that educators should not prioritize social-emotional learning above academics, especially in schools that are performing poorly. They also recommend that SEL be implemented with rigor.

“SEL will be counted as a dismal failure if it encourages educators to settle for pillowy paeans to ‘happiness,’ ‘self-esteem,’ and ‘inclusivity’ at the expense of harder things such as character, ethics, virtue, and civility,” Chester E. Finn Jr. and Frederick M. Hess wrote in a publication for the American Enterprise Institute, a conservative think tank.

Funding for social-emotional learning was just one of many items included in a large package of appropriations bills for fiscal year 2020. House Democrats passed the bills 226 to 203, voting along party lines, with seven Democrats joining all the Republicans in voting no.